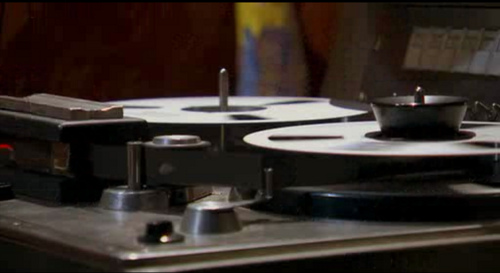 I’m finally getting around to recording a few of my tunes – some very new, and some I’ve been playing live for a long time. The first two days in the studio are coming up fast, and I’m guessing we’ll have it all wrapped up for a summer release. The final product will likely have six or seven of my original songs.

I say “we” because any recording – no matter how “solo” it might seem – is never the work of a single individual. Even the sparsest solo recording likely had one or more engineers, perhaps a producer, a mastering engineer. A photographer or artist may get involved on the image(s) involved – whether it’s for an actual, physical CD, or just the picture that shows up on Spotify, iTunes, etc. to accompany the release.

I’ve been wanting to record for a long time, but I knew I wanted to work with someone as a producer (and engineer), rather than trying to do those things myself. While I enjoy recording demos at home, they’re not really at the level that I would be willing to release. It’s also so useful for someone to more objectively give their opinions and thoughts on arrangements, instrumentation, and the like.

Should a song have drums on it? Should we try it at a faster tempo? Should this be based on electric or acoustic guitar? Questions like these are just the beginning. Where the recording will take place, who else will actually play the other instruments on the recording, and what order to do things in are all areas where a producer can be such an enormous help.

Part of the reason I’ve taken so long to get back into the studio was because of trying to find a great fit with someone on this important role. I’ve met with some great people – really really great people, with whom it would be a pleasure to work. But location, budget realities, schedules, and availability all come into play.

For this EP I’m going to be recording with Ben Bernstein, who I first met at the FAR-West Folk Alliance conference in Oakland a couple years ago. A producer, engineer, and bassist, Ben brings an aesthetic that’s a great fit for this batch of songs, and I’ve already been enjoying working with him on the preproduction process. (I’m still hoping to eventually get to work with two of the other people I met with, but maybe it’ll happen on a future project.)

We’re going to be tracking at Bird and Egg studios in Richmond – very close to where I live – as well as at Ben’s home studio. I’ve got some great musicians coming in to contribute their talents to the songs. More on that in another post!

Thanks for your support!