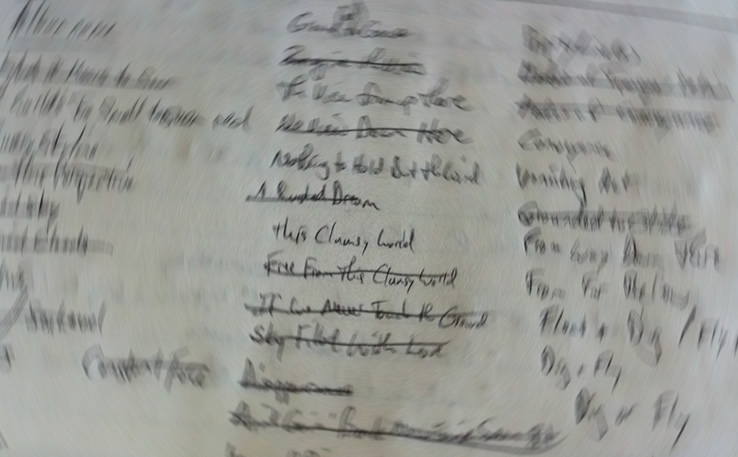 I feel like it was months ago – I guess that’s because it was months ago! – that I was sitting in a little apartment I’d rented over a garage in the Hollywood Hills for the ASCAP Expo and after a long day of panels and showcases and classes, I was trying to figure out what the heck to call this album.

Some of these songs were written at very different times, but after reading lyrics in various orders, and staring at the paper awhile, it wasn’t long before I noticed certain themes emerging. Flying. Movement or travel in other ways – roads, trains, etc. Disappearance or vanishing or leaving. Visual perspective, as in looking up from somewhere, or getting a particular view from a perch somewhere. Gravity and elevation and sky. All sort of parts of the same ideas.

I started playing with titles – just brainstorming ideas. I like the idea of using a line from a song as an album title, and above all, the song “What it Means to Soar” really seemed to represent these themes best and most overtly I think. So lines and phrases from that song were a major part of my brainstorming. As were lines from “Swaying,” “Every Every,” and “Our Eyes.”

I started crossing off ideas I didn’t care for and there right in the middle of the list remained “This Clumsy World” – a line from the chorus of “What it Means to Soar.” I have to admit, I can’t remember if I decided while I was in LA, or if I stewed on it for a while longer. But the more I thought about it, it seemed like the perfect title.

I think an album should create it’s own “world.” It should be self-contained and take the listener somewhere – and be interesting and engaging enough that you could sit in front of some speakers and have this experience of going somewhere else, hearing about someone else’s problems – real or fictional – rather than dwelling on your own, and give you a feeling. Hopefully many feelings.

But it’s also clumsy – because the world itself is an imperfect place. Things don’t often go exactly how we want them to, if ever, and rarely are they elegant. Yet it’s the imperfections that make people unique, and randomness plays a huge role in most peoples’ lives – as much as we might not want to admit that. 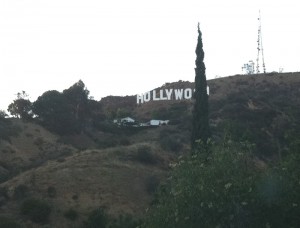 View from the twisty road up to my temporary lodging in LA.

On a much less philosophical level, the “This” referred to is the CD and music itself, and well – it felt “clumsy” sometimes to try to make this album. It was the first time I’d recorded as a solo act, and I was trying to serve as producer/arranger at the same time. After going through the experience, you understand A LOT better what a producer does and how amazing it must be to work with a great one. But I only had me at the helm for this one. Clumsy me….